All aboard for 1871 – celebrating 150 years of Okehampton’s railway

As work to reopen the Dartmoor Line between Okehampton and Exeter continues, a programme of events and exhibitions will celebrate 150 years since the railway first arrived in Okehampton on 3rd October 1871.

9.30am-1pm: The Charter Hall will host a Victorian tea party to which all are invited. Refreshments will be provided. Victorian dress is encouraged.

There will be a humorous play (at around 11am) harking back to the House of Commons debate making the case for, and against, a railway to Okehampton. This will be followed by a video of schoolchildren reading specially written poetry.

Thanks to The Moorlander, you will be able to pick up a free copy of a meticulously researched Victorian newspaper reporting on the arrival of the railway in 1871.

10am-4pm: The Museum of Dartmoor Life will be free to enter. Come and see a new exhibition developed with local people, community groups and businesses. Called 'When the Train Came to Town', it includes photographs from the last 150 years, collection pieces from the Museum, the Station Museum and private individuals, and also the voices of the last station master and the last steam engine driver.

2-3pm: Wren music will be performing music of the era inside the museum.

On this, the actual anniversary, there will be a broad recreation of the events of 1871.

1.45pm: The Okehampton Excelsior Band will kick off proceedings outside the Town Hall in Fore Street, followed by a proclamation ceremony and then a processional walk up to the station where there will be a ceremony and the presentation of a Golden token/key to the “Station Master”.

10am-4pm: The Museum of Dartmoor Life will be free to enter. Come and see the exhibition (see Saturday's programme). 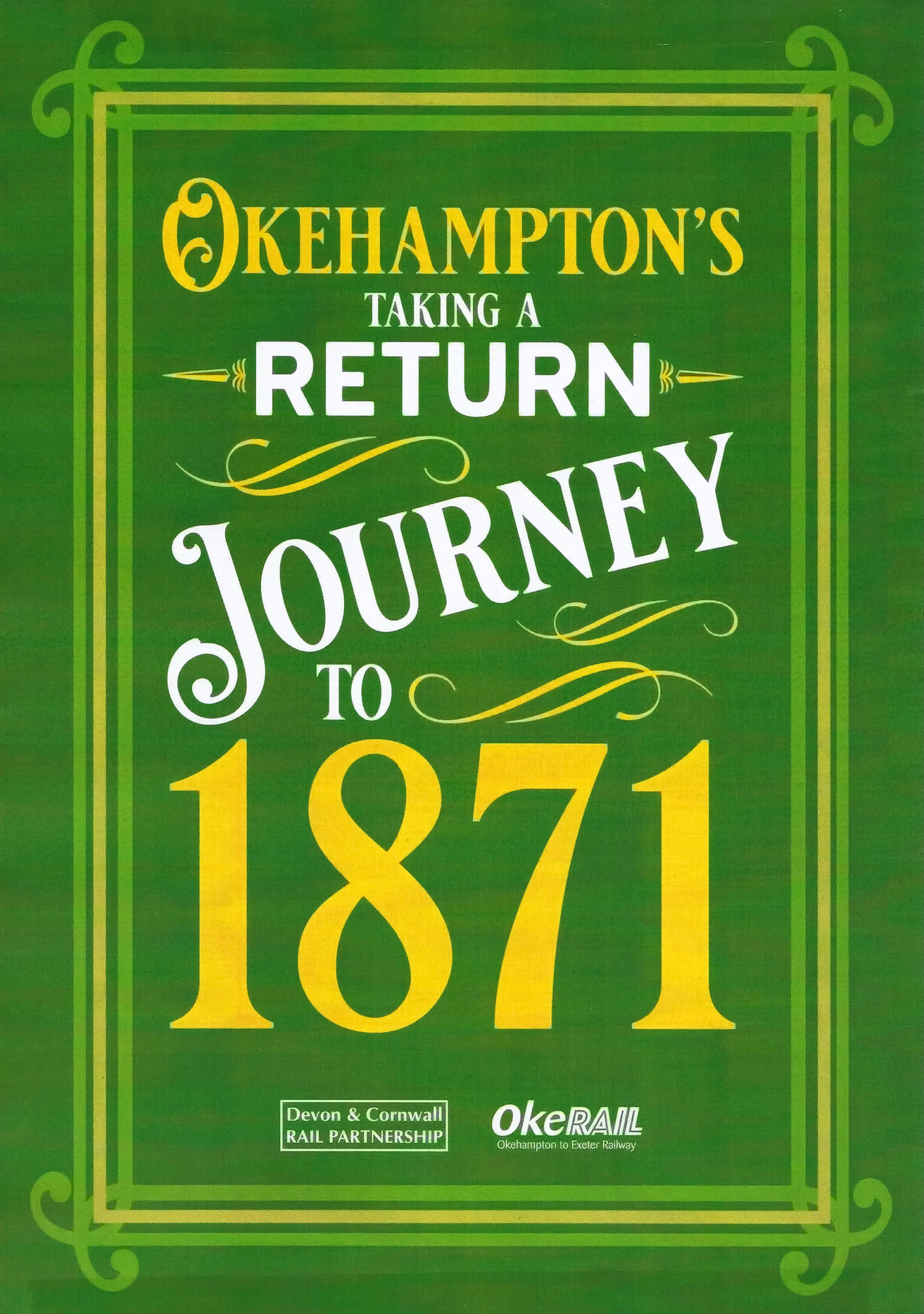 About the organisers Expand

The programme is being masterminded by Cllr Paul Vachon with the help of a small committee chaired by Cllr Dr Michael Ireland and assisted by Richard Burningham, Manager of the Devon & Cornwall Rail Partnership who is a veteran of similar celebrations across the Devon and Cornwall branch lines.

Cllr Vachon said “I think this is a really fun event for the townsfolk to take part in a very significant period of Okehampton’s history.  We are inviting people to embrace the spirit of 1871 by becoming ‘Victorians’ for the weekend of celebration.”

Cllr Ireland said “Working with the Okehampton 150 team has shown me what can be achieved when we all work together to celebrate this important anniversary of the opening of the railway to the town. 2021 will be a transformative year for Okehampton and its rural hinterland with the reinstatement of seven day a week rail service to connect with the national network”

Richard Burningham said “It is so great that we can celebrate the 150th anniversary of trains in Okehampton at a time when the full reopening of the Dartmoor Line to Exeter is just a matter of weeks away.  My thanks particularly to Paul Vachon for putting together a great programme and to  everyone who is helping make sure we have a fine celebration of this important event in the town’s history.”

Local schoolchildren will be involved in the celebrations, thanks to the Dartmoor Multi Academy Trust which runs schools in the town and wider hinterland.  Children will write poems and design artwork, including special bunting.

Melissa Trudgill, Community Engagement Manager, Dartmoor Multi Academy Trust said “It is a real pleasure to work on town events with community groups and local councils, which create lasting links and partnerships between our schools and their community. We are really looking forward to this celebration weekend”.

The first public train arrived at Okehampton station on 3 October 1871.

Okehampton was late to the railway. Barnstaple’s rail link had opened 17 years earlier and the railway had reached Exeter from the east in 1844, 27 years earlier.  Local people enthusiastically celebrated the arrival of the railway but, interestingly, this all happened on 29 and 30 August, some five weeks before regular services began.

“The Okehampton Line” by John Nicholas and George Reeve describes what happened.  A special train arrived at Okehampton station at 3PM on 29 August to be met by the Mayor of Okehampton, a large crowd and three bands.

There was then an official civic reception in a marquee in a field in the town.  This was attended by Mayors from towns as distant as Exeter, Plymouth and Launceston and by the Directors of the Devon & Cornwall Railway and the South Western Railway.

The next day, Fore St in Okehampton was closed for a huge public dinner for 600 people.  There were celebratory banners across the street and many businesses decorated to mark the occasion.

Unfortunately the Board of Trade Inspector hadn’t yet been able to visit the line and this had to happen, with any safety measures he identified undertaken, before regular public services could begin.  He, a Colonel Yolland, visited on 28 September, identified some things that needed to be done but recommended the line’s opening be approved subject to the actions being taken within a month.

So it was that the public service of six trains a day each way began the following week on 3 October.  There is no record of anything done to mark this occasion.  It appears the trains just started.

Initially trains only ran between Okehampton and Yeoford Junction, where people would change to a train from North Devon to continue on to Exeter.

All this quickly changed.  The railway extended to Lydford in 1874 and, using the GWR Launceston to Plymouth line, reached Plymouth two years later.  In 1879, the single line was doubled and in 1890, just 19 years after the railway reached Okehampton, the independent route from Lydford to Plymouth via Tavistock and the Tamar Valley opened.

This route still exists between Bere Alston and Plymouth and many local people hope that the Okehampton reopening will quickly be followed by a commitment to rebuild the 5 1/2 miles from Tavistock to Bere Alston and for Tavistock – Plymouth trains to be reintroduced.