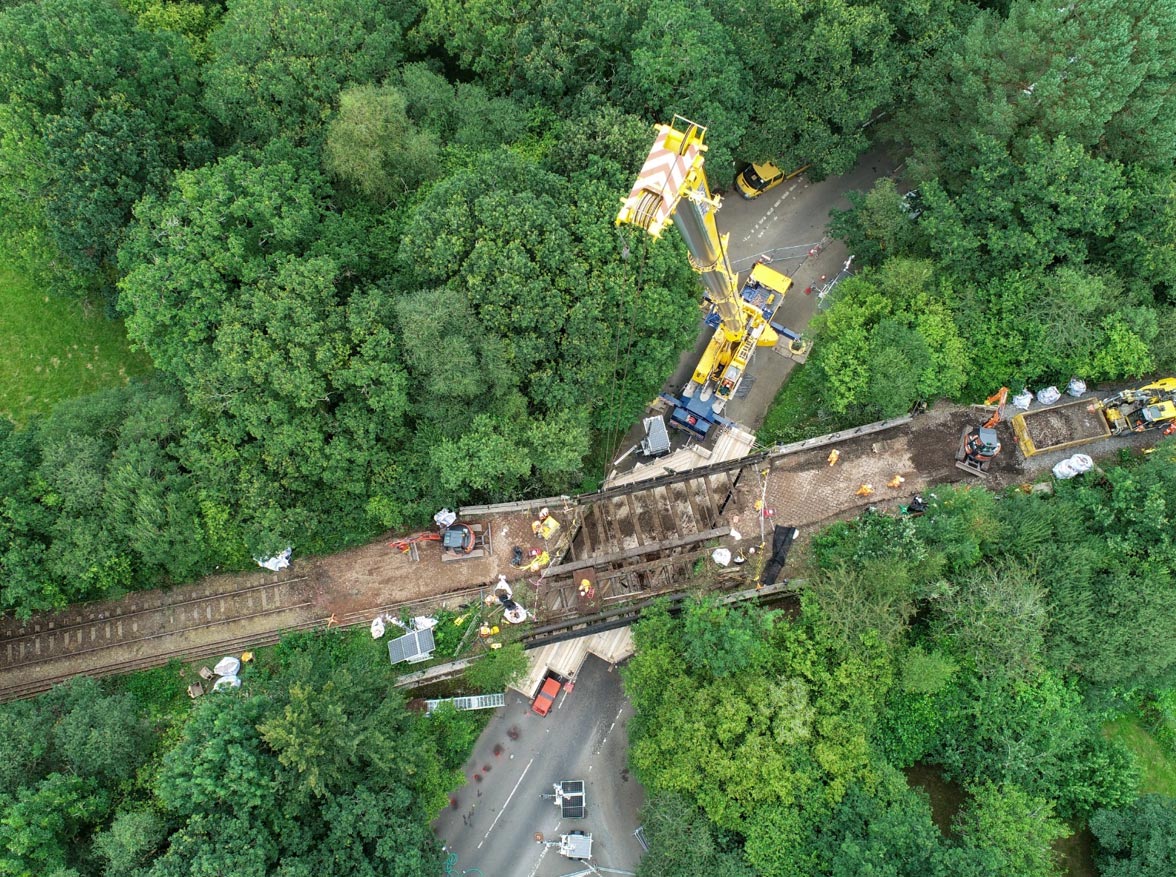 Greenslade Bridge, just east of Sampford Courtenay, is a key asset that needed work as part of preparations for rail services to start between Exeter and Okehampton by the end of this year.

Old longitudinal timbers had to be removed using the large crane. The crane then lifted in new timbers weighing 1.75 tonnes each. There were four in total that needed replacing. The track then had to be put back. Job done!

Upgrade work 25 April to 9 May to enable hourly service

Over 10,000 people use reopened Dartmoor Line in first two weeks