Over 10,000 people use reopened Dartmoor Line in first two weeks 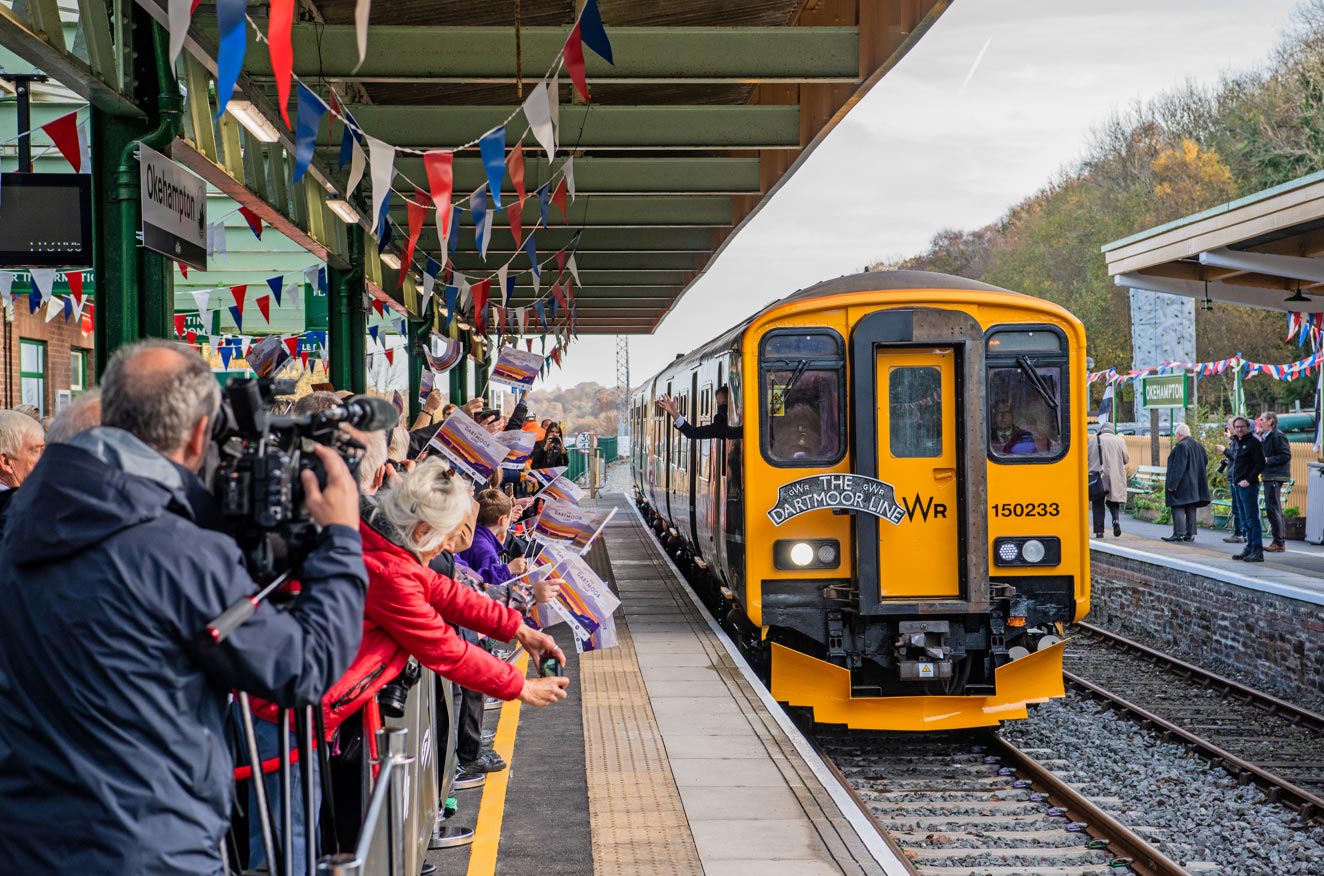 The official launch event for the Dartmoor Line, 17 November 2021.

More than 10,000 people have travelled on the Dartmoor Line in the first two weeks since its reopening.

The line reopened for regular year-round, all-week passenger services on Saturday 20 November and demand for the trains linking Okehampton and Exeter has continued to remain high.

The reopening of the Dartmoor Line is the first of the Government’s Restoring Your Railway schemes, made possible thanks to over £40 million Government investment.

“Delivered £10 million under budget and within nine months, ahead of time, I am delighted to see that in its first two weeks the line is starting to flourish.

Transport Secretary Grant Shapps dispatched the first weekday passenger train to run on the Dartmoor Line for over 50 years. The first train ran on Wednesday 17 November before regular passenger services on Saturday 20 November, travelling from Okehampton, and carried local school children, campaigners, railway staff, and supporters who all helped make the project happen.

Reacting to the newly released figures he said:

“The Dartmoor Line has been a huge local success story – and these numbers show it.

“This link is already incredibly important to Okehampton, Exeter, Devon and to people from further afield visiting Dartmoor.

“It was brilliant to open the line last month, delivered two years early and £10 million under budget – now delivering for the local community.”

The Department for Transport, Network Rail and Great Western Railway (GWR) worked together accelerated the reopening of the railway, delivering passenger services in only 9 months from the original funding being approved to entry into service, and coming in at £10 million under budget.

In line with the latest Government advice, GWR is encouraging customers to travel safely.

People are reminded to: