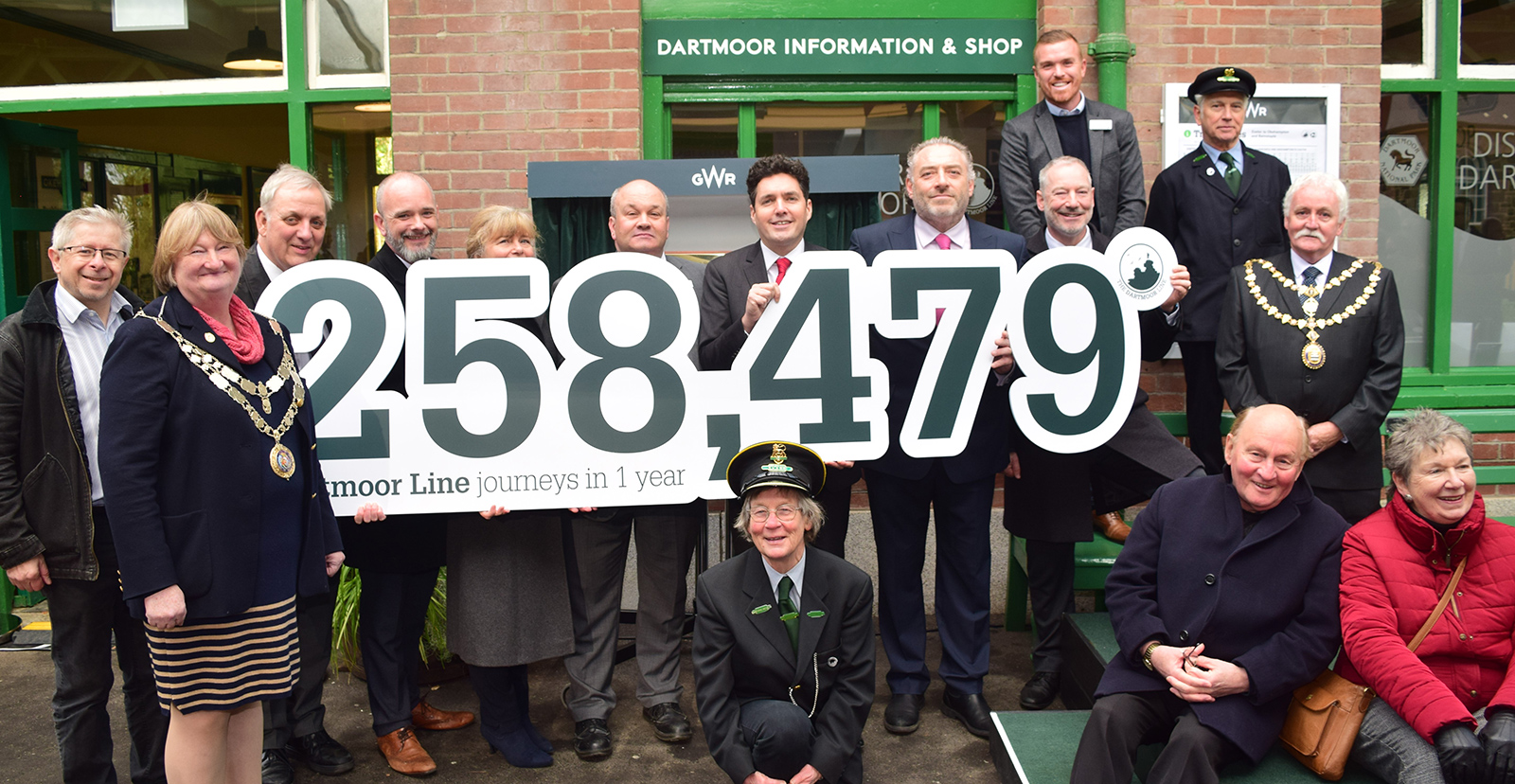 Just over a year after the Dartmoor Line reopened to regular passenger trains, journey numbers on the line have passed 250,000 this Monday morning, with the arrival of an extra special visitor, Rail Minister, Huw Merriman MP, to officially open the renovated station building.

The line reopened on 20 November 2021, restoring a regular, year-round service for the first time in almost 50 years following more than £40m of Government investment.

The previously mothballed rail line, which runs between Okehampton and Exeter, was restored in just nine months and delivered £10m under budget, becoming the first former line to reopen under the Government’s £500m Restoring Your Railway programme.

Reinstatement of the Dartmoor Line was made possible by Network Rail’s team of engineers who worked tirelessly to deliver a huge programme of work including laying 11 miles of new track and installing 24,000 concrete sleepers and 29,000 tonnes of ballast in a record-breaking 20-day period.

In the same week as it celebrated its one-year anniversary, the Dartmoor Line also saw its 250,000th journey, showing an incredible patronage on the line and more than double the demand originally forecast.

Since Great Western Railway (GWR) increased services to hourly in May 2022, passenger use has continued to rise, with over 500 journeys starting at Okehampton every day and a further 300 travelling into the town from across the rail network.

The Minister met with local dignitaries and unveiled a plaque to mark the official reopening of the station building.

Rail Minister, Huw Merriman MP, said: “A big congratulations to everyone who has been involved in bringing this wonderful line back into regular use over the past year.

“With over 250,000 journeys made, restoring this vital route has undone 50 years of damage – we’ve reconnected a community and created new opportunities for jobs, tourism, education and leisure.

“Our Restoring Your Railway programme is making a real contribution to levelling up the country and breathing new life into previously cut-off areas.”

Michelle Handforth, Network Rail’s Wales and Western regional managing director, said: “I am delighted to see the success of the Dartmoor Line as we celebrate the one-year anniversary of its reopening. To have passed over 250,000 journeys in the first year since reopening highlights just how greatly anticipated and popular this railway line is to Okehampton and nearby towns and communities.

“I am so pleased with the positive impact the Dartmoor Line is having on supporting greater connectivity, boosting local businesses, the tourism sector, and providing greater access to education and work for the thousands of people who live locally.

“This has truly been a team effort between Network Rail and our partners GWR and Devon County Council, and I remain ever so proud of our project team and engineers whose commitment and hard work enabled us to restore this mothballed former freight railway line in just nine months and under budget, becoming the first former line to reopen under the Government’s Restoring Your Railway programme.”

Mark Hopwood, GWR Managing Director said: “It is hard to believe that it is already a year since we and our partners reopened the Dartmoor Line, ahead of time and under budget.

“This anniversary, with more than 250,000 journeys now made is testament to the hard work of so many who campaigned for the line’s reinstatement and those who worked day and night to deliver the project £10m under budget.

“The continued demand shows just how important good rail connections are for the community, and the economies, they serve.”

“I’m so pleased to see the station building brought back into use too. Much like the integrated bus services from the station to the likes of Tavistock, Bude and Launceston, it’s another example of the first-class partnership working between Devon County Council, GWR, Network Rail and others that exemplifies rail as an economic driver, not just tracks and trains.”

The Dartmoor Line offers links for work, study and leisure travel. It benefits students heading to the colleges in Exeter as well as tourists travelling to Dartmoor, easing congestion on local roads and helping boost the local economy.

Mel Stride, Central Devon MP said: “The Dartmoor Line has been a huge success. It has done everything I hoped it would – it has boosted the local economy, provided a valuable service for more than 10,000 residents in and around Okehampton and it has taken cars off the A30.

“The key now is securing additional funds for a second station on the eastern edge of town – something I am working closely with local councillors and campaigners to achieve. This will maximise the economic benefit and reduce congestion in the town.”