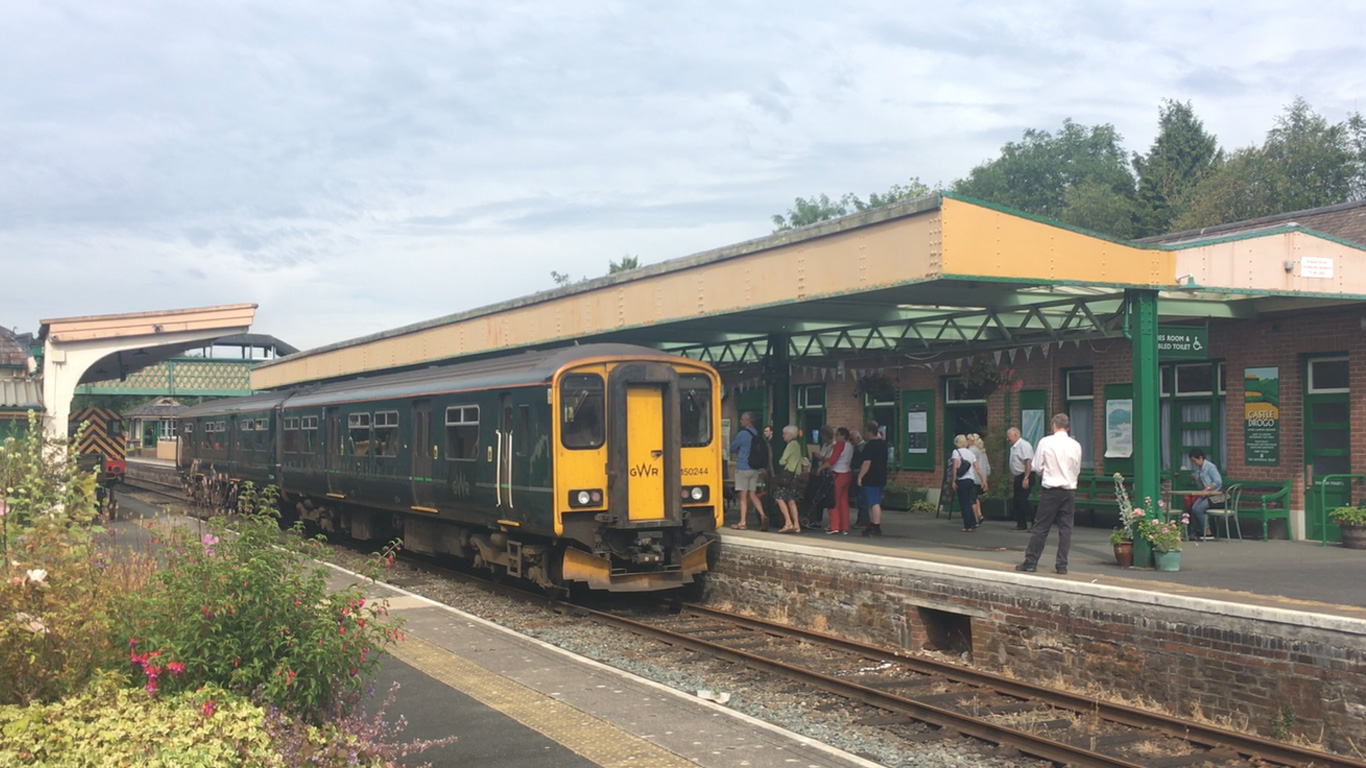 Devon communities to be better connected as railway line set to reopen for first time in 50 years.

Communities and passengers in Devon are to benefit from the reopening of the railway between Okehampton and Exeter as a result of the Government’s ‘Restoring your Railway’ initiative.

Following confirmation of government funding, services are expected to restart later this year on the 14-mile stretch of railway – known as the Dartmoor Line – for the first time in almost 50 years, providing a regular, daily passenger rail service between Okehampton and Exeter.

The move will greatly improve connectivity for people living between Okehampton and Exeter and the surrounding areas, with journey times on the train estimated to be around 30% quicker than by car or bus while helping contribute towards reducing traffic congestion and associated pollution on the busy A30.

The railway will also provide better access to and from the wider mid and west Devon and north Cornwall areas, and will greatly support school and college pupils and people who live in or near Okehampton, but who need to travel to Exeter to study or work.

Economically, the reopening of the railway is expected to attract inward investment to Okehampton and surrounding areas as well as result in greater numbers of visitors. The development of the railway and Okehampton station as a transport hub will also help boost tourism to the area by providing greater access to the town and nearby attractions including Dartmoor National Park – which is celebrating its 70th anniversary – and the Granite Way cycle route. It has the potential to bring millions of pounds into the local area.

Since the beginning of 2020, working in partnership with Great Western Railway (GWR), Network Rail has been carrying out detailed investigations to understand what infrastructure and railway control system improvements are needed to bring the Dartmoor Line up to the required standards to enable GWR to operate trains safely.

Now that the green light has been received and investigations have been completed, Network Rail engineers will start immediately to undertake a range of works including drainage, fencing and earthworks, and will lay over 11 miles of track, replace 24,000 concrete sleepers and install nearly 29,000 tonnes of ballast before running test trains on the track ahead of fully reopening the railway to passengers.

As part of these upgrades, improvements are also going to be made to Okehampton station including installing a ticket vending machine, Help Point, public address system, information screens, CCTV and free WiFi. A ‘Pay & Display’ car park will also be introduced with dedicated disabled bays, and the station building and platform will be fully accessible.

The return of all-year services to the picturesque Dartmoor Line for the first time in half a century is a milestone moment in our efforts to restore our railways.

We’re thrilled to have received funding confirmation from the Government to support us in reopening the Dartmoor Line.

We’re excited by the numerous benefits the reopening of this railway will bring to Okehampton and surrounding areas, and we are now fully focussed on undertaking the necessary engineering work required to prepare this line for the return of regular passenger services.

We’re grateful to our partners and supporters who are helping make this a realisation and would like to thank local residents living near to the railway for their patience whilst we ramp up our activity to get the track ready.

GWR expects to introduce passenger service by the end of 2021 with trains running every two hours, seven day a week.

We are pleased that the case we made to government for this important local line has been so compelling that this is one of the first of the Government’s Restoring Your Railway re-opening projects to get the green light. This is great news for communities surrounding Okehampton wanting to be re-connected to the national network.

Returning regular, daily services to this line has been a long-held ambition of ours and was the most sought-after additional routes in our most recent franchise consultation. We’ve already done a great deal of work with Network Rail and local partners, including Devon County Council, to support those aspirations, and have well-developed plans to have trains running on the Dartmoor Line again.

The commitment to re-open the line will help extend the reach and social and economic benefits of the railway, further supporting the communities we serve.

Thanks to the Government and congratulations to all those whose hard work over, in some cases, many years has got us to today’s announcement. This year is the 150th anniversary of the railway first arriving in Okehampton.

Long closed, the Okehampton line will be only the third railway to open for regular passenger services in Devon and Cornwall in 100 years. All of us are going to be working hard to make it a huge success and I am very sure it will be.

After years of campaigning and a lot of tireless work behind the scenes by all of the partners involved in this project, the confirmation of Government backing will be well received by the local community.

Reopening the line to regular services will be a massive benefit for the environment, tourism and the local economy, and it will attract investment to the area. I’m sure everyone will be looking forward to services resuming later this year.

I’m delighted that after many years of local campaigning Government has backed this vital scheme.

I look forward to seeing Network Rail ready the track for the return of regular passenger services in the coming months; so we can reconnect communities, boost tourism and give many thousands of my constituents the quality of local transport infrastructure they should rightly expect.

This investment coincides with the 150th anniversary of the railway first arriving in Okehampton in 1871 and is nearly 50 years since the last regular passenger service on this railway line.