The story so far: the campaign for reopening 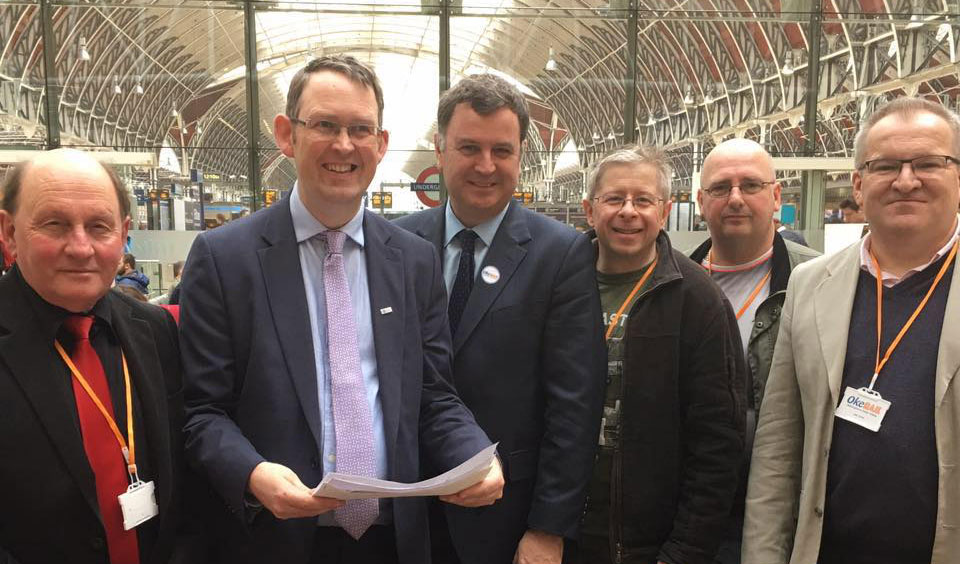 Local people have long campaigned for the return of regular year round services between Okehampton and Exeter.

The campaign took a key step forward with the forming of the OkeRail Forum in 2014. An initiative of the County Council, this brought campaigners, council representatives and a range of other interested parties together with the aim of mounting a concerted, targeted effort to achieve reopening.

Forum leading lights, especially its first Chair Cllr Mike Davies, Vice-Chair (now Chair) Cllr Dr Michael Ireland and County Councillor Kevin Ball talked to and lobbied anyone who might be able to help. Local MP Mel Stride was already onboard and helped make the case in Government, as he has throughout.

Lots of evidence and data was gathered about use of the Summer Sunday service and looking ahead to who would use a restored year-round one, with work carried out by Michael Ireland, Richard Proctor, Chris Bligh and others.

To further the cause and keep the campaign in the public eye, the OkeRail Forum organised three special trains with the massive help of GWR. The first, the Royal Oke, ran on 18 March 2017 from Okehampton to London Paddington and back. Thanks to Mel Stride, the fully booked train was met on arrival in London by then Rail Minister Paul Maynard MP (pictured top) who then had a meeting at Paddington station with the Forum Chair and other leading members.

All this activity and the clear popularity of reopening Okehampton led then Transport Secretary Chris Grayling to announce in January 2018 that he had asked GWR to draw up a plan to fully reopen Okehampton – Exeter.

GWR took up the mantle and has been working closely with partners behind the scenes ever since to turn the reopening dream, which has itself been a long held ambition of GWR, into a reality. The Government’s Restoring your Railway initiative, alongside continued political support for Okehampton, provided the perfect opportunity to achieve this and GWR created a formidable team with its Alliance partners Network Rail to seize the opportunity. The rest is history as they say!