Working together to plant trees near the Dartmoor Line 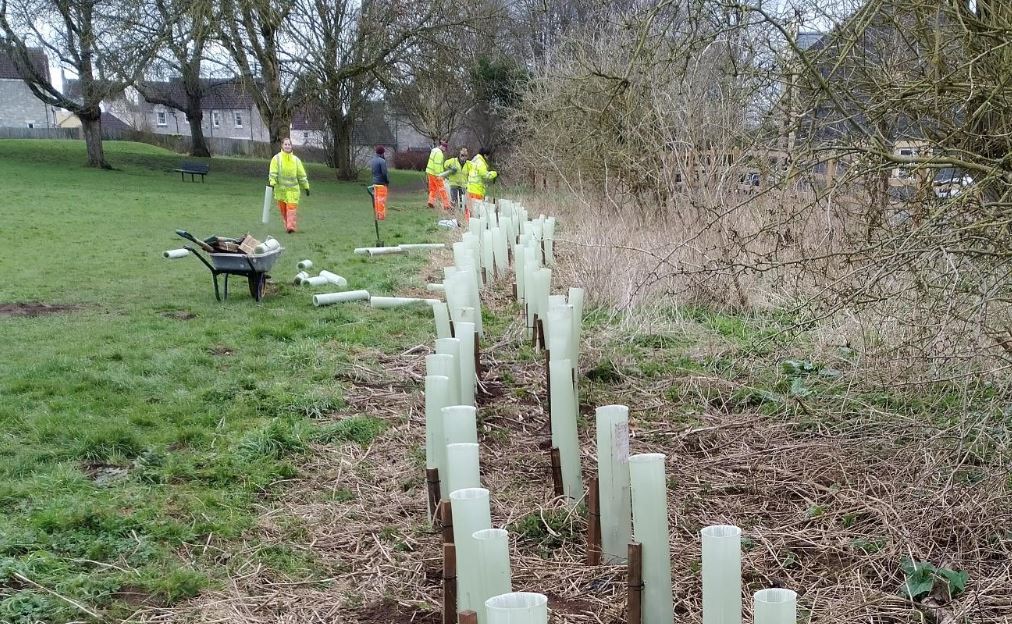 Network Rail wants to fund new native trees and hedgerows next to the Dartmoor Line to create new wildlife habitats. If you own land next to the railway – or linked to it by woods or hedges – then read on to find out more.

The context
Network Rail have bought the track from Coleford to Okehampton and are refurbishing the track, cuttings, bridges and level crossings, so regular passenger trains can run to Exeter again, after a gap of 49 years.

Biodiversity
To make the line safe for trains to run and people to use crossings, Network Rail needs to cut back trees and other vegetation. They have ecologists advising them, so they cut as little as possible and don’t harm wildlife directly. However careful they are, they will remove vegetation that was home to wildlife. To compensate for this, they want to plant new native trees and hedges near the line, to make suitable habitats for Devon’s valuable species, like dormice, bats, badgers and birds such as the Little Owl.

Do you have land next to the railway?
If you have land next to the Dartmoor line – or linked to it by woods or hedges – and would like to plant trees or hedgerows on it, to create new wildlife habitat for the long term, get in touch at crwest@networkrail.co.uk. Network Rail is working with Devon nature conservation bodies, to work out the best species to plant and make sure that planting proposals include provisions to maintain the habitat for the long term.

It doesn’t have to be a large area. If it will create the right kind of habitat, they’re interested in talking to you.

Rail taster trip – to the beach!