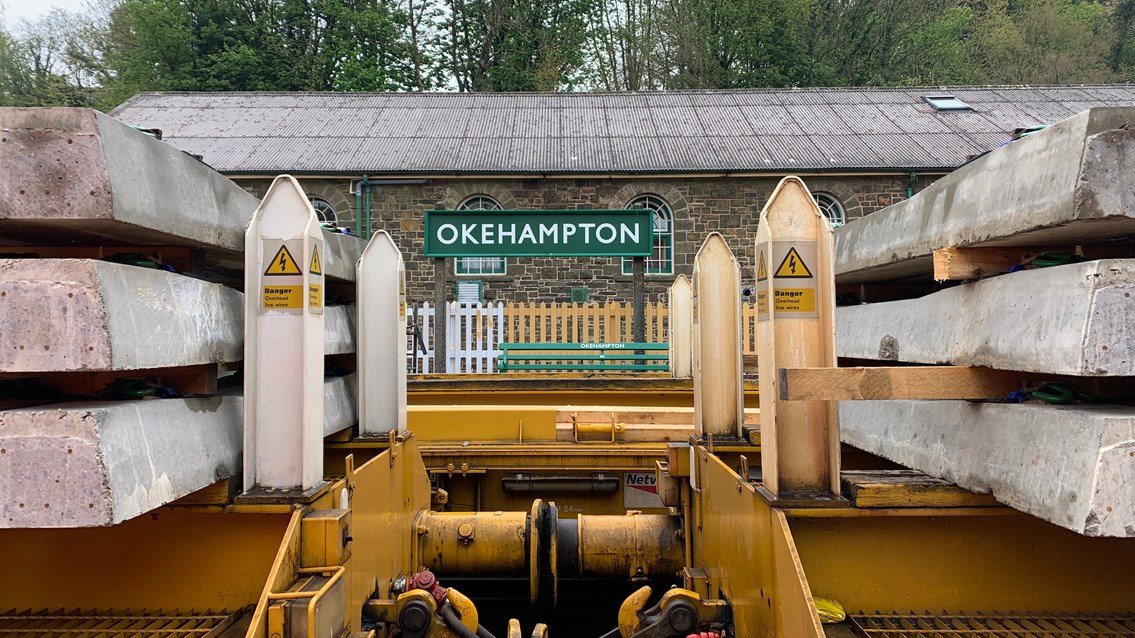 Network Rail is asking people to avoid attempting to access the Dartmoor Line as the number of trains travelling along the railway increases starting from this week (20th September onwards).

Work to reopen the Dartmoor Line by the end of the year is continuing to progress well with this latest phase of work involving trains travelling the 14 mile stretch of railway to test out the newly laid track.

The increased activity starts from this week and during this time the two pedestrian level crossings – which are in the process of being upgraded – will be temporarily closed for safety reasons. The other four user worked level crossings will remain open and are only accessible by authorised farmers and their representatives.

Network Rail’s team of engineers are continuing with the remaining work on the Dartmoor Line including installing the new GSM-R masts (the railway’s mobile communications system), completing the necessary drainage work, installing fencing and repairing some of the bridges. This follows the confirmation of government funding in March and the successful relaying of the 11 miles of new track, 24,000 sleepers and 29,000 tonnes of ballast in May.

Christian Irwin, Network Rail’s industry programme director, said: “As we enter this next phase of work to reopen the Dartmoor Line, we are urging people to not attempt to cross the railway for both their own safety and the safety of those working on the line and operating the trains.

“From this week, there is going to be a significant increase in train activity on the line and the pedestrian level crossings will be closed.

“This is an exciting period for us and we want to ensure the local community continues to stay safe as we continue to work hard to reopen the Dartmoor Line by the end of the year.”