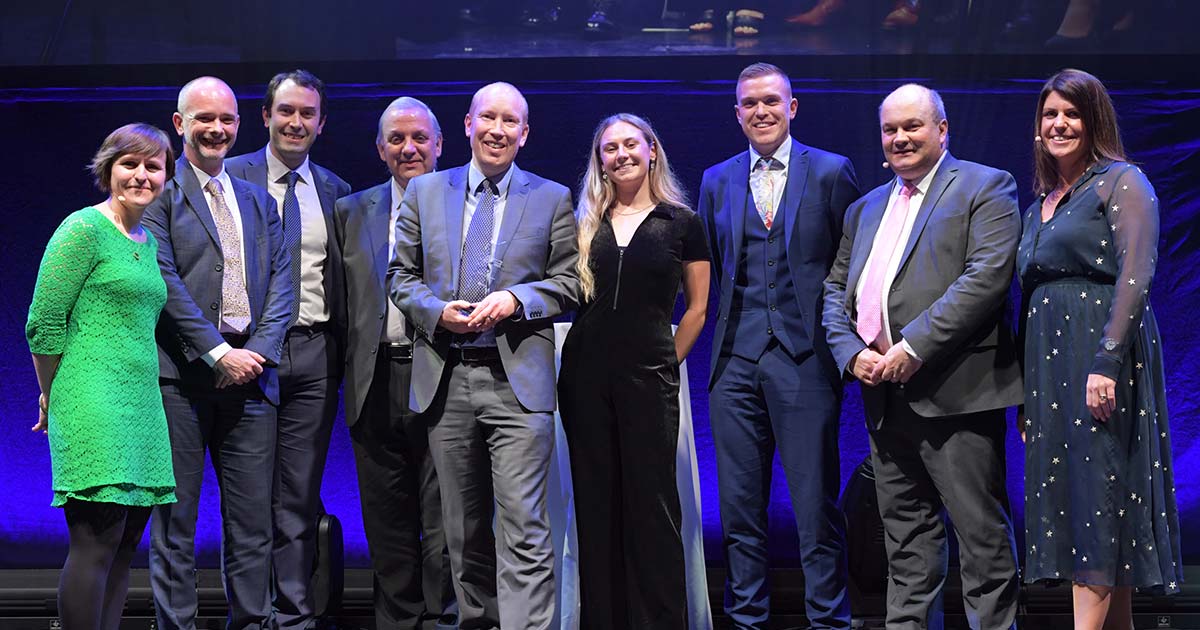 The Dartmoor Line has been recognised with a national award in the same week that weekend trains began running direct to and from Exeter Central.

At the national Community Rail Awards, held in Southampton on Thursday 9th December, the Devon & Cornwall Rail Partnership, GWR and Network Rail won the ‘Best Communications’ category for their work to inform people about the reopening of the Okehampton-Exeter line and to involve the community.

Judges praised the official DartmoorLine.com website which provides detailed travel information as well as offering unique behind-the-scenes footage of the work to restore the line – including videos of Network Rail’s record-breaking efforts to lay 11 miles of new track in just under four weeks. The website – which has been visited by more than 75,000 people – also looks back at the history of the line and the vital contribution of OkeRail, the Dartmoor Railway Association and others.

In the run-up to the reopening, GWR led campaigns requesting people’s memories of the line’s 1972 closure and ran a public competition to design the line’s logo – won by Okehampton teenager Tom Watts. The local community came together in October with a programme of events to mark the 150th anniversary of the railway arriving in Okehampton back in 1871.

“Right from the start GWR, Network Rail and ourselves have been committed to bringing the local community with us on this fantastic journey.

“To reopen the line after nearly 50 years and see people embracing their railway so whole-heartedly has been brilliant.”

“This success is just reward for a superb team effort. The communications team for this project were drawn from GWR and our partners at Network Rail and the Devon & Cornwall Rail Partnership, and through this we were able to deliver a series of outstanding comms events to promote the restoration and reopening of the Dartmoor Line.

“This culminated in a launch event at Okehampton Station (pictured below) which proved a roaring success, uniting the community and leading the Secretary of State for Transport, the Rt Hon Grant Shapps, to describe it as his proudest day in post. You can get no better seal of approval than that.”

“We were especially pleased to attend the Community Rail Awards and thrilled to have won the ‘Best Communications’ category for our part in helping to promote the reopening of the Dartmoor Line.

“GWR has ten Community Rail Partnerships on our network, covering some of the UK’s key holiday routes such as Devon and Cornwall, South and West Wales, Dorset, the West of England and the Cotswolds.

“We are very proud of the work they do. They have great local knowledge and I know that they all work incredibly hard, inspiring sustainable improvements to their community and the local economy.”

“We are delighted to have won this award alongside GWR and the Devon & Cornwall Rail Partnership and it’s testament to our collective commitment to involving the community every step of the way.

“To see the line now reopened after almost 50 years is incredible and it is all thanks to the close working between everyone involved.”

More great news
The award coincides with the arrival of the line’s new timetable (PDF), which provides direct trains to and from Exeter Central seven days a week. As of last Sunday (12th December), most trains will now call at both Exeter Central and Exeter St David’s at weekends as well as on weekdays.

The Dartmoor Line was the first line to reopen as part of the government’s Restoring Your Railway initiative.

Rail taster trip – to the beach!